BRIEFING ON THE CLIQ URBAN MUSIC FESTIVAL: PICTURES AND VIDEOS

The Cliq Urban Music Festival taking place for the first time is an urban music festival founded by Enobi Prince and the artist Mr. Leo based in Buea.

Thursday the 30 th November 2017, the cliq urban music festival opened its show in the sports complex of GBHS Molyko (beside the Molyko stadium) in the city of Buea. The festival was spread over 4 days (November 30, December 1, 2 and 3).

From the first day (Thursday night) to the last day (Sunday), the city of Buea and more precisely the Molyko stadium vibrated on urban cadences between hip hop, afro-pop, afro hip-hop, and reggae; added to the friendly atmosphere, and the charity football match all around the festival. Everyone had the opportunity to relax, thanks to refreshment stands installed on both sides of the sports complex of the Molyko bilingual high school.

Throughout the festival, the public was entitled to:

Day 1: The opening night was one of the most eventful. The stage welcomed several artists still at their beginning, the new « AFRIMA » winner Montess, the dance group Kamer great dancers, and the guest performances of alpha better records artists: Salatiel, Mr Leo, Blaise B and Askia. They challenged the crowd and put on a show that was both hot and emotional. 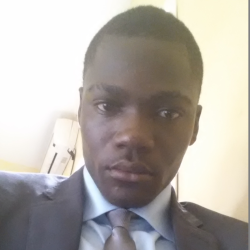